Jong-kul Lee is the fifth-term congressman of the current ruling party (Democratic Party), who serves on the Science, ICT, Broadcasting and Communications Committee and the special committee on Judicial Reform. He also serves as chairman of the special committee on Commemorating the 100th Anniversary of the March 1st Independence Movement from Japan and the Provisional Government of the Republic of Korea established in Shanghai, China, on April 11, 1919. He has served as the floor leader of the Democratic Party and chairman of the Education, Science and Technology Committee. He is the President of the Korea-China Cultural Association. He served as chairman of National Basketball Association. 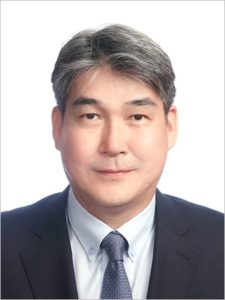 Moonkyung CHUNG is the Vice President of Korea Institute of Civil Engineering and Building Technology (KICT). He started working at KICT since 1995 where he has been crossing path with various geotechnical issues associated with foundations and geo-environmental engineering. He is an active member of Korean Geotechnical Society and Korean Society of Civil Engineers: currently serving the both Societies in the capacity of Vice President.